A simple vitamin insufficiency is linked to a 40% increase in dementia.

The September issue of the Journal of the American Medical Association (JAMA) Network’s Neurology publication contains a very interesting study on the relationship between vitamin D levels and brain health in older adults.
A team of researchers from Rutgers and the University of California assessed baseline vitamin D levels as related to changes in cognitive function using standard tests for different areas of decline. The study included 382 adults with a mean age of 75.5 years, and a followup of nearly 5 years (4.8 years on average).
This study was unique in that is was specifically designed to include significant numbers of African Americans and Hispanics to assess the impact of ethnicity on vitamin D levels overall in addition to cognitive decline.
The Medscape Medical News article about the study summed up the results nicely in their opening paragraph: “Low vitamin D levels are very common in older adults, especially African Americans and Hispanics, and are associated with accelerated decline in episodic memory and executive function, the two cognitive domains strongly associated with Alzheimer’s disease (AD) dementia, a new study indicates.”
Average vitamin D levels were below national standards for adequacy for the entire group with a mean blood level of 19.2 ng/ml. “National standards” say that 20-50 ng/ml is “adequate” for healthy adults. DzLogic has a different perspective.  Each person’s body chemistry is unique. As such, we base our optimization protocols on blood tests and a long-term perspective that shows us what works for each individual member. One person’s optimal may be 65 ng/ml, while another person’s optimal is 35 ng/ml. The numbers aren’t as important as the results the member is getting.
At baseline (the study’s starting point) the prevalence of vitamin D insufficiency was highest (40.3%) in the group exhibiting quantifiable signs of dementia. Over the course of the study, rates of decline in memory and function were dramatically greater for those with the lowest vitamin D levels as well.
Are we saying that simply taking vitamin D will protect you from Alzheimer’s? No. Your body chemistry is far too complex for a broad statement like that. It is obvious, though, that optimizing your body chemistry has many benefits and this study is yet another piece of proof.
The research team itself summed it up nicely. “The magnitude of the effect of vitamin D insufficiency on cognition was substantial.”
Have you ever had the thought that simply optimizing your body chemistry as a way to avoid the otherwise certain decline in your health caused by aging was “too good to be true?” This study might have you reconsidering that position. The evidence continues to mount in support of our new paradigm in medicine. Statin use is linked to a 46% increase in your risk of Type 2 diabetes.
A new paper in Evidence Based Medicine asks the questions “Are statins of any real value for diabetes patients? At what point does diabetes risk become the equivalent of coronary heart disease?”
We think they’re asking the wrong questions altogether.
The paper I mentioned above contains a lot of what I consider circular reasoning regarding what they call the Statin/Diabetes Conundrum. Common practice as quoted in the paper is that “Statin drugs have become the mainstay of many cardiovascular disease prevention guidelines and are recommended for most adult patients with diabetes.” Then later, it says “Reports that conclude that the benefits of statins outweigh the risks have probably underestimated the long-term risks of statin exposure…”
Diabetes is a known risk factor for developing Coronary Heart Disease (CHD). And now, CHD has become a known risk factor for diabetes if treated using statins in the common practice “standard of care.” So instead of being healed of either of these body breakdowns, you’re now more likely to end your life with both!
Here’s where it becomes even more circular. Statins cut back on your body’s production of cholesterol.  Cholesterol is what your primary hormones are made from. Your primary hormones control your muscle health (heart) and metabolism (diabetes). When hormone levels drop, your body tries to compensate by creating more cholesterol as raw material to make hormones from. Increased cholesterol is “associated with” coronary heart disease. Big Pharma made cholesterol out to be the source of the problem and sells $30 billion worth of statins every year.  But instead of you getting healthier, you get sicker because the hormones that control your health are even harder for your body to make.
One of our Team Providers said it very succinctly almost 8 years ago: “Statins treat the wrong thing, the wrong way, and generate the wrong results.” Hormone restoration to optimal levels is actually the only proven way to optimize both cholesterol levels and your overall health.
Cholesterol was never the problem. The theory behind that whole paradigm was created by someone force-feeding meat to vegetarian animals. Surprise, surprise – it wasn’t good for the animals.  Here’s a great video overview from Dr. Mercola: 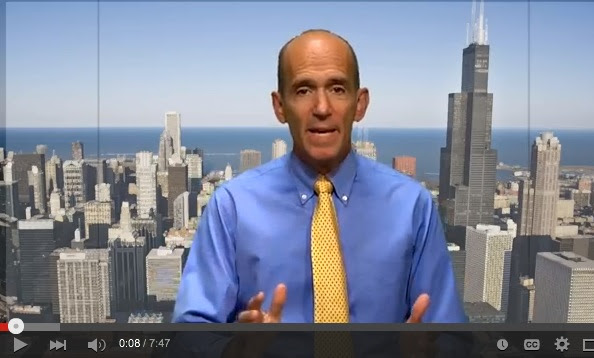 How did 1 in 4 Americans over the age of 45 end up on statins, then?  In my personal opinion, it is because ‘investigators’ in Big Pharma funded studies were willing to ignore everything except the data that allowed them to declare the result their funding sources were looking for – and your doctor never sees the other data. They just hear the declarations used in sales pitches disguised as ‘research presentations’ at medical conferences. The researchers only looked for data to prove their point, while ignoring the overall health of the people they were studying.
Let me show you a perfect example – the PROSPER study – published in the prestigious British medical journal, The Lancet. In it, the authors declare “Pravastatin given for 3 years reduced the risk of coronary disease in elderly individuals. PROSPER therefore extends to elderly individuals the treatment strategy currently used in middle aged people.”
What they don’t mention in the conclusions (and your doctor would never hear unless he/she dug deeply into the study data itself), is that while the risk of heart attack dropped by 25%, the risk of cancer went UP by 25%!
This brings me back to one of my favorite parts of Dr. Dzugan’s lectures:
“Taking potent cholesterol-lowering medications has never been shown in clinical research to actually improve mortality.  In fact, in the biggest trials, significantly more people who took the drugs died than those who did not. They didn’t die of a heart attack, but dead is dead – whatever the cause.”
If you or a loved one are putting these dangerous drugs into your body every day, isn’t it time to consider a new way to protect your heart and regain your health and vitality? Statins obviously aren’t the solution, so why not give DzLogic a look? Cholesterol is essential for life itself. We can show you how to manage it naturally, with many “side benefits.”

A story in US News & World Report caught my eye last month because of the precedent-setting implications it has for healthcare in the US. An Irish pharmaceutical company sued the FDA for “First Amendment” rights to promote “off-label” uses of a drug. They won.

To quote one of their lawyers, James Beck, “This is the first case where a company has achieved the right, for First Amendment purposes, to engage in off-label promotion.” “Off-Label” use is one for which the drug has not received FDA approval.

That used to be illegal! As a matter of fact, the largest criminal and civil judgments in history have been against pharmaceutical companies for doing that very thing. And now it isn’t – at least in the 2nd U.S. Circuit Court of Appeals, which includes New York, Connecticut, and Vermont.

The problem is that now, legal precedence has been set. Other courts will tend to review cases with this one in mind and may very well conclude that the question of “off-label” promotion has been (in legal language) “asked and answered.”

The US is the only significant market in the world without any price controls on pharmaceuticals. We are where Big Pharma makes its billions in profit. That’s why every US television channel is inundated with drug ads. Where there are billions to be made, there are millions available to advertise.

That kind of advertising is one of the reasons 25% of everyone over 40 in the US is now on a statin cholesterol-lowering drug – in spite of the alarming side effects and lack of impact on mortality. Advertising creates demand, demand fuels sales, and sales justify even more advertising!

Now that the pharmaceutical companies may be free to promote even more vigorously, who knows what they’ll be pushing down our throats next? These are some of the largest companies in the world, and they are designed to make money, period.

Doctors in the US are already overloaded between patient care, government-mandated paperwork and fighting with insurance companies to get paid for their work. (Trust me, I’ve been speaking with them almost daily for the last 8 years or so.) As evidence of this overload, consider that 440,000 of the deaths in the headline above are the result of “preventable adverse events” in hospitals. Our doctors simply can’t personally investigate every claim made at medical conferences and echoed across 300 million TV sets. They are working hard to keep their practices open amongst all of the regulations and paperwork while still trying to maintain the highest standards of patient care.

What does this mean to you and me? It comes down to this: To survive and thrive in a world that has increasingly become a Pharmacracy, we have to take care of ourselves and our loved ones personally. We have to think and investigate, not simply follow the propaganda we see on TV, in magazines, etc.

When you do, we think you’ll see the undeniable logic to a more natural way of achieving and maintaining your health. A way that optimizes your own body’s ability to heal itself, rather than becoming addicted to more drugs with fewer results year after year.